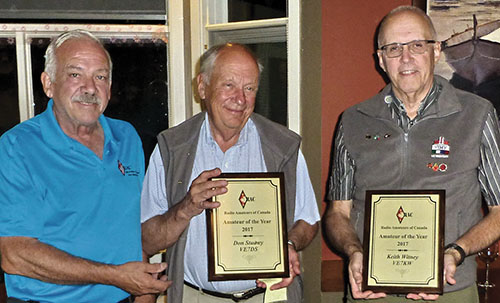 The intention of the RAC Amateur of the Year Award is to recognize an individual who has made an outstanding contribution to Amateur Radio in the past year or has contributed consistently to the welfare of Amateur Radio over a period of several years.

Don and Keith richly deserve the award for their outstanding work on the VE100VIMY project in which Canadian special event stations were operated across Canada during 2017 and a special event station using call sign TM100VIMY was operated at Vimy Ridge in France during commemorative ceremonies. In total, this project required planning and work over six years. Don and Keith deserve our gratitude for their perseverance and dedication.

The presentation was held during the regular monthly meeting of the Orca DX and Contest Club (ORCA DXCC) in Delta, British Columbia. The Orca DXCC was established in 2010 and is open to all Amateur Radio operators with an interest in HF DXing and contesting; Don and Keith are both members.

Before presenting the plaques, Director Munnik outlined the history of the Award and the Canadian Amateurs who previously received this honour. The Award was created in 1976 by the Canadian Radio Relay League, one of the two societies that formed Radio Amateurs of Canada 25 years ago.

For the complete story on the VE100VIMY campaign and on the RAC Amateur of the Year Award for 2017 please visit https://www.rac.ca/canadian-radio-amateurs-of-the-year-for-2017/. 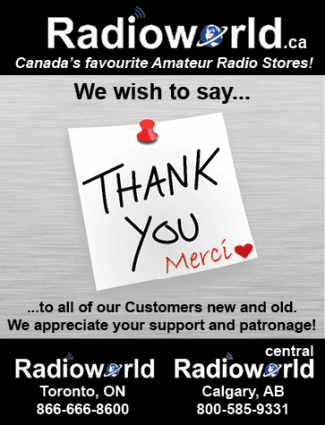